I don’t know if I can invest in the hope again, I heard myself say to him.

It takes a lot for me to profess hopelessness aloud. I may feel it, usually unaware that I feel it because I have learned to resist my feelings for so long. Instead, I’ll sense a numbness, an apathy or lethargy that I simply cannot seem to shake. I will allow it to take hold for a while, maybe even wallowing in it so to really honor its presence, whatever “it” might be. Then I create some disciplined, structured creative renewal plan to kick myself into gear, to pull myself up by proverbial bootstraps, to get over myself and get back to productive contributions to communities and people I love. But today...I don’t know if I can invest in the hope again, I said.

I’ve not written in these cyber-pages for quite a while, even as I have whisps of topics and perspectives I’ve been thinking into, feeling my way into and out of… The whole blog-project started within a felt-wave of “Do what you can do...I’m a writer and theological professor with Facebook connections to my institution’s alums and various other church-folks in my life...I’ll write, then.” I have found my voice in a more public fashion, in political-civic things of which I traditionally steer well clear. I have retained the commitment to write from rising feeling, not any intellectual or political point my mind may want to make. It’s been important for me to stay close to my body, to my energies, to rising feeling and the drive to become articulate about what I sense, feel, in these complicated days.

I’ve not known how to write about the hopelessness I feel, reading the news-media headlines, hearing the hyped anxieties and unconscious traumatic-responses (for some) and enraged certainty of (anticipated) triumphalism (for others). I don’t even know what the last blog-focus was, to be honest, and it was weeks ago now so I’m not going to return there. I have been struggling to keep a commitment to ‘crossing the bridge of the divide’, of insisting upon the humanity of all involved, even as the triggers are so ready all around us, in each of us, for our worst selves to explode any bridges we might attempt. 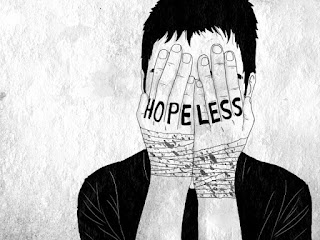 ...which ruptures a self-image I’ve carried and honed for a long time. I’m no longer as amenable or compassionate, innovative or willing as I used to think I was. 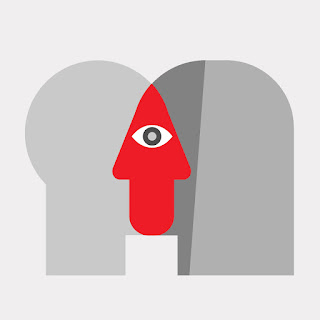 I’ve been a true-believer about the Sacred and its work of reconciliation, holding irreconcilable opposites together in a patient tension until some better and unperceived Third Way could emerge from the fierce devotion held between ‘us’ and ‘them.’ I’ve held (and continue to hold) learning/teaching spaces for this Work to unfold within those training to become religious-ecclesial leaders today. I make jokes about my expectations of ‘success-rate’ in this work, of course. If 10% of a class finds the doorway into an experience of non-dual awareness, even for just a moment, I consider the class a raging success. I don’t anticipate raging successes in my work there, but I’m persistent and trust the Universe to open portals as students are ready. And not a moment before (which would do damage to the student). Sometimes, though, I realize I’m in a grief-pocket about this… I mean, why bother with the depth and challenge of this journey when sunlight-Christians--those who find ‘faith’ to be only the positive, and ‘doubt’ to be a sin or weakness--really don’t want to bother? Sometimes it does feel hopeless. Thankfully, though, I’m well-trained in that this Sacred Work doesn’t come from me anyway. It comes from Spirit, Source, however you may want to name...so I steward my gifts as best I can and make jokes about the 10%.

A bigger chunk of hopelessness rests in another part of my body, another part of my Sacred Work in the world: circle. I devoted the last seven years to being-in-circle and holding-circle-spaces well and good for awakening, deepening consciousness, journeys with one’s own shadow (both ‘negatively perceived’ [wound stories] and ‘positively perceived’ but not claimed [hidden gifts yet to blossom]). Here’s another grief-pocket I often find myself in, I now see: I thought I had found a community of practice that would be my home for a very long time. I had finally arrived at a woman’s Shangri-La, a community with an expansive vision to create anew and be created anew after centuries of silencing and such violence on our bodies we can’t help but jump at sounds even in daylight. And for some blessed, short years, it was that. Until, as per a now familiar pattern, I was reprimanded for advocating for our (supposedly shared) values at (admittedly) some structural-administrative expense. Everyone really did the best s/he could do AND wounds were sustained all around. This community of practice became what it always has been--a fragile and very human collective with its own shadows and frailties inflicted upon those (perceived to be) moving outside of its norms. Human being, living in a living-breathing-active community? You're gonna get wounded. You just are.

So today I had a conversation with a fellow I’ve met before, a Circle-y guy whose poetry and listening-ways I enjoy…I heard myself say, I don’t know if I can invest in the hope again. Can any of us, really? Maybe we human beings really are simply too far gone to be anything but the increasingly isolated, anticipatedly-violent, traumatized-grief stricken wounders that we are. We refuse to imagine it could be different. We refuse to exercise our spiritual-heart-muscles to see another’s pain with compassion. We hide from the suffering of others. And now some of us are obsessively focused on an authoritarian reality-show TV host-cum-politician duping millions of us that he’s going to save us. Save us from what? From whom? Ourselves? 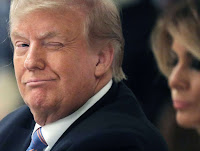 Not even Donald Trump can do that…(she says satirically, feeling it wise to be explicit about satire).

[On a lighter note that I both feel and don’t feel: Autocorrect keeps altering my spelling of human wounders to wonders. Maybe it really is up to you, literally. You have to intentionally put the ‘u’ in wonder. Wondering forward then, shall we?...]