Bounding Intolerance for the Sake of Tolerance

A despondent day yesterday, after riding the fierce energies of ‘listening anew’ in my previous post...not sure why, exactly. I don’t disagree with anything I wrote and I stand by it still. But some morning browsing gives me a glimpse of a balancing energy, something that heartens me again, challenges me, and feels an important counterpart to ‘listening anew.’ 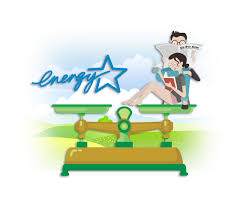 The tolerance paradox of philosopher Karl Popper, who is not a philosopher I adore but who has really important things to say nonetheless.

A felt-sense of my own limitations to sustain compassion in the face of seemingly endless aggression, and therefore a surrender of an obligation to be compassionate while disregarding self-defense.

Finally, naming my own inability to ‘say nothing’ when those I love insist on refusing to see or honor the suffering around us.

To begin, the musings of Jay Kuo this morning, which I stumbled across through a couple associated-friends’ leads:

In 1945 (ed: so right on the heels of the end of WWII and the extermination of 6 million and more), the philosopher Karl Popper wrote about what has been called the "tolerance paradox." He argued, "If we extend unlimited tolerance even to those who are intolerant, if we are not prepared to defend a tolerant society against the onslaught of the intolerant, then the tolerant will be destroyed, and tolerance with them." This is an important argument to make when opposing those who claim the right to foment insurrection or refuse to take pandemic precautions. Critics say this leads to "cancel culture" and censorship. There is a real risk of going too far. Popper addressed the limits of that: "In this formulation, I do not imply, for instance, that we should always suppress the utterance of intolerant philosophies; as long as we can counter them by rational argument and keep them in check by public opinion, suppression would certainly be most unwise." Two important points, then, are that a tolerant society must leave room for both rational argument and informed public opinion. … But what if some want to burn the whole market down? … Popper wrote, "[W]e should claim the right to suppress them if necessary even by force; for it may easily turn out that they are not prepared to meet us on the level of rational argument, but begin by denouncing all argument; they may forbid their followers to listen to rational argument, because it is deceptive, and teach them to answer arguments by the use of their fists or pistols. We should therefore claim, in the name of tolerance, the right not to tolerate the intolerant." 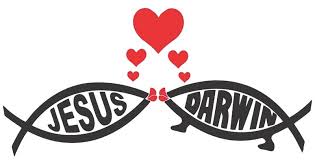 Something sprung open in me this morning, receiving this gift of reflection. And surprisingly, the words of a philosopher I’m not overly fond of, though familiar with, in the context of theology and evolution. I took a Theology and Evolution course when I was in grad school, with a marvelous South African professor, Wentzel van Huyyssteen. He could reshape any immature or foolish question a student might ask into one that would open the discourse further, deepen the chance of awakening to the paradoxes within us. This was a necessary charism for a Reformed theologian teaching students wrestling with evolution and the perceived threat of losing their faith if they accorded legitimacy to evolution, science. Eventually, most of us found our way to the integration of theology and science as conversation partners, not enemies; rhythmic colleagues in the search for truth, not elements for nuclear war. Popper was one of the philosophers who always seemed a bit too objectivist to me, refusing the mysterious, the wondrously inexplicable, for the materialistic empiricism of ‘pure science.’ I’m more an Albert Einstein, imagination-science-discovery girl myself. But this morning, I find myself thankful for Popper.

We should therefore claim, in the name of tolerance, the right not to tolerate the intolerant.

More and more, I know truth is close by when a paradox shows up. Truth is always something larger than the human mind can grasp, after all. As soo as we think ‘we have it,’ we alter it to our own egos, uses, fears. It becomes weaponized and unTrue. When a paradox shows up, however, we cannot grasp it as a whole. It’s the optical illusion with foreground/background, a Gestalt. We can focus on one side of the paradox, or the other, but struggle to hold the both/and in surrender, without ego-grasping. The tolerance paradox, then. 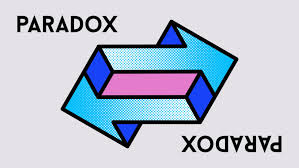 As Big Tech is now closing out Trump from his social-media bullhorn… As Amazon ‘web-service’ has now shut out Parler… we can begin to see this play out in critics who accuse “cancel culture” and/or “censorship.” Some politicians are wondering aloud about how much power Big Tech executives have to control social discourse. What do we feel about this, do about this, if anything? They weren’t elected by the people or for the people, after all. They’re oligarchic businessmen (mostly) on the so-called “left,” though I’d bet their political location is much more diverse than perceived (given Trump’s pro-business leanings). But politicians feel their own powerlessness compared to Big Tech’s decisive action to close accounts fomenting potential (or in this case this week, actual) violence. That has to be discomforting…

Conservatives and those radicalized by NewsMax media are being silenced from their activities of communication on the platforms they’d migrated to. No one likes feeling silenced or suppressed. I get that. I also understand that in any feelings of outrage, the boring legally-oriented facts don’t matter or redress them. I have my own experiences/versions of that, so I can empathize. (Or is the word sympathize? Dunno)

Still, it seems relevant to point out: opening an account with any social-media platform requires explicit agreement--checking of a box--to abide by the site-management and ‘community normed rules.’ Facebook does this by putting posts in “Facebook jail” until a moderator can review ones with any complaint. Heather Cox Richardson spoke to this when one of her posts got sent to “Facebook jail,” she called it, with a smiling tone. “This will probably happen more in the days to come, as someone writes to Facebook to complain about something I’ve written.” Those that are factually accurate, have been community-norm checked, get returned to Facebook feeds. The one she wrote on January 8th disappeared, then reappeared, because of this process. Anyone participating on social-media sites has agreed to this communal structure, much looser on Parler than on Facebook and Twitter, but still written in the fine print. 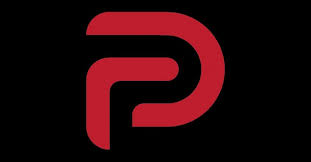 Then there is the next level up, businesses that have businesses as clients. Those businesses that perceive a client-business neglecting or failing to practice its own standing rules can then make the next level decision to hold to previously agreed upon, mutual-legal norms...or not. Amazon web-service shutting down Parler, for instance. It was within the rights of Amazon’s fine-print agreements to make decisions about its services, offered to its clients, for the wellbeing of the whole. All of these are judgment calls within a hierarchy of transnational corporations driven by capitalist currents, markets, and the bottom line. It’s true, the feeling of unfairness and censorship, but it’s business, not personal. It’s not within any of the currents of a government of the people, for the people, by the people.

In these days, after our January 6th ‘whatever you call it,’ I can’t say that I’m in disagreement with setting limitations on the intolerant. Of course we don’t want to live in a society that suppresses free speech or becomes like Putin’s Russia. But we are living in an American Republic where a portion of those who are (or used to be) Republicans are refusing as legitimate any politics but their own. I’m all for a healthy Republican Party, because we need to balance the progressivist Democratic tendencies that are rising. But I can also no longer pretend or unsay this reality with Republican friends who choose to unsee the intolerant amongst us.

Consciously choosing intolerance of the intolerant, however, is an active, tensive, necessarily repetitive investment of personal energy on behalf of others, on behalf of the whole. It takes effort and consciousness, not reactivity and war. It takes a calm steadiness of spirit, not an enraged mentality or mob, incited by a strong-man needing chaos to know who he is.

It’s exhausting for tolerant souls to become intolerant, for the sake of tolerance. So...let’s get exhausted, fiercely, together, shall we?