Self-Denigration is Not the Way...How to Break the Cycle?

A new question landed in my belly this past weekend, as I Zoomed, walked, listened, spoke, listened some more in a newly forming community of leaders called Fire & Water Leadership/Rites of Passage with Quanita Roberson and Tenneson Woolf. The seed of the question was planted in 2014-2015, when I served on a diverse leadership team for a cohort of faculty in theological/religious-studies departments, in institutions of higher (theological) education. I will eventually ask the question, which is clearly for white people, but first, I want to set it up within the stories out of which it now arises… 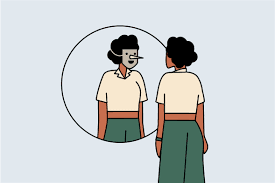 I landed in the leadership role in 2014-2015 with a huge sense of imposter-syndrome, in senses both young and white. It was a colloquy aimed to help mid-career faculty renew and re-envision their callings through collegiality and creativity. Given my own way in the world, I was a natural at holding space for this kind of mission. But I could have applied to be a participant in the colloquy. I saw myself as peer first. The weighty elder in my past had asked me to join the leadership team, so of course I said yes. I trust him, and learn from him so deeply. I still felt young and unschooled from Day One. Given my social-and-institutional location, I was less ‘cutting edge’ or ‘status-visible’ for status-aware higher education faculty. Not surprisingly, the collection of wounds in the room soon became entangled, and one of the other leaders on the team schooled me about a way I had spoken in a group meeting. I had wanted to weave some wisdom she had made earlier in the leadership team meeting into the whole discussion, but didn’t want to ‘steal it’ by saying it in my own voice. I invited her to speak, and her wound experienced it as (however she experienced it). Her reaction was angry, direct-attack of me in public. I felt humiliated, ashamed. Today, I can see it as inevitable for who she and I are in this system. And I can see her action as (over?)-reactive, a lashing out from her own wound-places. The leadership team ruptured and never quite recovered, to be honest, though I finally made my peace by receiving her as a painful spiritual teacher, doing to me what all had been done to her for longer than I was alive. In a base sense, it was some of the easiest money I earned: from that point on, I showed up and said nothing. For 12 months.

I remember watching the dynamics unfold, true to higher education norms and the conceptually violent practices higher ed faculty learn in order to succeed, or don’t learn and get fired or leave. The gift of this entire experience for me was seeing writ large how broken higher education is for the things I value today. Even when the room was diverse, even when the diverse voices had the power and center-of-gravity, the same relational-communal wreckage occurs because it’s higher education, built on plantation logic with an aim of forming the white self-sufficient man (Willie Jennings, After Whiteness). One of the norms you learn early on, or leave because you didn’t is proportionate response. When one faculty challenges another, you better meet him/her/them with proportionate response on topic and in conceptual force. Even a perceived ‘tie’ in the argument will save face, your political capital. Submission or being wrong loses face, loses political capital. (also President Bartlett, The West Wing, season 1, episode 3). 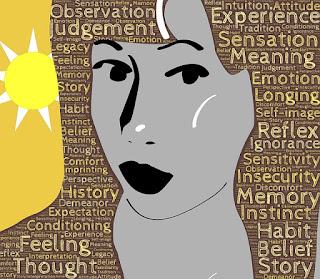 A new norm began in earnest for the group after my own ‘schooling’: white women denigrating themselves before joining into a conversation, so to be heard, so to speak. There’s very little that unnerves an academic than being perceived as ignorant or un-woke (to use today’s term), so the politically savvy thing to do in a mixed-ethnicity group in this instance was to denigrate yourself first before speaking. “I know I’m just a white woman, stupid, but…[ask a question or make a point].” I heard this or its variations innumerable times during the year of the colloquy. At first I saw it as condoned passive-aggression by those racial-ethnic participants who were finally in an energetic majority for the whole. But then I realized everyone was simply playing their part in the higher education script. It didn’t matter whether the voice was white or black, Latino or Cuban, Celtic-Irish or melting-pot-white. The system operates as it does, and we’d all learned how to play that game. The fact that we were all there was evidence that we were survivors of an art to this conceptual violence, this game.

But something in me simply refused this new norm, this self-denigration, for whatever reason. I went to a fragile place (of course) though did my best to hide it, own it. I kept my mouth shut as I’d been schooled to do, watching and learning, learning and watching. Perhaps being on the leadership-team gave me an ‘out’ in the new norm? I don’t know. But I refused to denigrate myself in order to speak. Every cell in my being said NO, even deeply aware of the pain, if also my inability to truly know their experiences from within.

Today, I have feelings of pain and regret about this leadership experience AND I know Spirit’s use of it has been priceless, an incredible Gift for me into my own journey Work. I saw much more fully that higher education is broken. This Gift freed me of interest in any other institution or climbing any other faculty ladders, of any kind. I knew my path was breaking open, to learn what I did not know I did not know, to draw closer to the experiences of racial-ethnic faculty/normal people in whatever ways I could, feeling my way in, keeping my mouth shut, learning with whomever would show up (even if I never asked them to teach me or ‘do the work’ for me).

Significantly, a seed of confidence in my own hard-earned wisdom was also planted here. No one who has to denigrate him/her/themselves in order to be heard is participating in a nonviolent community, or in the kinds of conversation and deep-listening that I’m interested in having. I knew I was done seeking life or healing in that violence. Hannah Gadsby nails it in her own show, Nanette. 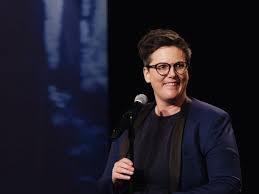 She reflects on her entrance into comedy, her use of self-denigration to get a laugh, to buy permission to speak. And so she decides, “I must quit comedy then, because I will not denigrate myself any longer, on behalf of myself or anyone who identifies with me.” The audience cheers, of course, and the remainder of the show is her brilliant crescendo to a woman sharing her story in sacred fury. No one who has to denigrate him/her/themselves in order to be heard is participating in a nonviolent communal system. Something in me knew this, even though all around me were urging me to conform, to obey the new group norm…

Then this March 2021 weekend happened, a five-day journey with a wildly diverse group (in comparison), steeped in Circle-Way practices, with shared intentions to walk alongside one another, perchance to heal, perchance to reclaim parts of ourselves we’ve not known or claimed (yet). For one thing, the group is made of not only warriors--higher education is largely warrior-caste--but also teachers, healers, visionaries. (Angeles Arrien). More will be said over these next months as I journey and learn, learn and listen, watch and offer/receive. But for this flow of story: no one had to self-denigrate in order to speak. And while there was so clearly deep woundings in each of us, and in the whole, there was no reactivity or lashing out in any fashion. Each is responsible for his/her/their own work, in the Circle. You put what you need to into the (metaphorical/literal) Center, and the community holds it without entangling in it...unless someone decides he/she/they are called to respond. From a healing/healed place within themselves. 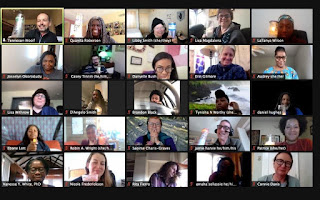 It was in this context that the question arose, that I want to ask white folks--with anyone else listening in, pull up a chair, if you like.

How does a white person love and honor him/her/themselves once deeply attuned to the suffering and horror exacted onto human bodies in white-body supremacy? If self-love (rooted in Source) is the root of authentic other-love, caritas, (which I believe it is), then actual love of an/other will require white folks to figure this out.

If you are white, and you finally grasp that each of us is interconnected, and all of us depend upon this beautiful-threatened whirling planet together, then how do you accept and honor who you are as a white person, while at the same time continuously receiving how connected you are to the unspeakable pain, suffering, historical-and-contemporary horror that whiteness has exacted upon Mother Earth and her beings?

There are assumptions here (self-love, rooted in Source, root of other-love) that would take too long to really flesh out here, but more importantly, the excruciating-and-liberating breaking-open here can not be understated. I am not asking about how to value whiteness in a world that clearly already values whiteness within capitalism, to the suffering and cost of so many multitudes… Nor am I interested in ‘pacifying’ or ‘satisfying’ any white-refusal of pain-suffering, imagining that if we could just disconnect my whiteness from that enslavement so long ago then we shouldn’t have to feel any pain or suffering because of what they did so long ago. This is the puss-filled, boil-ridden wound that so many of us whites refuse and resist, aim to not-see somehow...so I’m not talking about hiding or ignoring the wound.

But I also know that self-denigration is not non-violent. White people denigrating themselves is not the pathway to wholeness for anyone. It is violent inside, which only then gets projected outside. I know that interconnection, unveiling interconnection, is a complicated and disruptive force finding more and more Energy in the world today. I know that much of religious culture-ing in white communities--I’m thinking Protestantism/Catholicism, myself, at least--defends against change/awakening with shame and guilt, which sends most of us into self-loathing. Which begins a cycle of self-denigration that then pours hatred into the world, projected onto others... I think my question then is simply how do white people break the cycle of dissociation, disconnection, segregation within us, our habits of mind, our conceptual hierarchies and analytical responses to pain? How do white people halt the flow of their own unconscious/refused self-loathing into the world…?

I have no answers yet, except to simply keep walking with new companions who are invested in engaging their own questions, their own leadership journeys, putting their ‘stuff’ into the Center for us all to hold, bear witness to, and let go.

[I began a new journey with some pilgrim companions this past weekend, as each of us said ‘yes’ to a Fire&Water (&Water&Fire) Leadership/Rites of Passage invitation. There are intentional times of gathering over the next nearly 1.5 years, but there is also a nice spaciousness between gatherings, to allow for percolation and the living of life in our normal dailies. My sense of invitation to reconsider citizenship is interwoven into a visible reality and invitation to learn deeper Circle-Way living-loving-breathing within a much more diverse community than I often have access to in my religious-leadership day-jobs. From time to time, a post will appear here, with learnings that have made it into the coffee-cup (from percolating).]