Alone in my own body.

This is a phrase that I used to use to describe what it felt like inside of me, for most of my life. I don’t know how it will sound out loud, in the spaces where other human beings read their own experiences into the words. For me, this sensation has driven most of my need to connect, to be seen, to be heard. It’s a searing thing sometimes, with a panicky edginess that will not let me rest, sit still. Other times it will only be a dull ache that I hope no one notices while I go about my postures of purpose--thought projects, intellectual achievements, devotion to the divine as I had been shaped to know it/Him/the One. 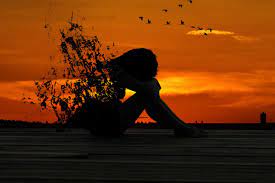 The source of most of my ‘not-enough-ness,’ this sense of being alone in my body, has also resulted in the depth and breadth of connections with friends I get to enjoy today. Without it, I would not have striven so hard for distinction amidst my intellectual pursuits, to be emotionally present for the mentors in my life who were drawn to my energies. I would not have persisted into new communities, then been driven further for women to gather in circle, for human beings to learn new ways to be more fully human with one another. In that sense, I have a blessedly overwhelming amount of lemonade for this lemon of an internal loneliness.

I muse here because I’m beginning to wonder if there are others in our civic spheres who feel bereft and alone in their own bodies. Could this emptiness unknown be underneath much of the inhuman-acting-out I see writ large--both extremist Republicans and Democrats? Does an utter refusal of awareness drive our divisions?

Most of the strategies the Westernized over-culture posits for redress of this existential condition have to do with sex of some kind. It could be as minimal as being a sexually desirable woman (for me, in my body), or an overtly macho-man in control and domination (the last gasp of the Patriarch? I wonder…). Or it could be as extensively beyond my ken as having multiple partners in sexual explorations, even co-habitation. (Could there be anything more exhausting or complicated, I wonder in myself? No shame no blame here, just observing my own visceral responses...). So much of our ideological politics has an either/or fulcrum around some body-characteristic...often with categories determined by the linear, categorizing habits of mind that are not holistic, integrative, synthesizing. Regardless, human beings are hincky about bodies, both as sites of ultimate self-expression and focal points of organized shame and moral condemnation(s). As a young woman growing up in small town Ohio, I chose to insure I was alone in my own body. Not only was it safer, but it seemed less complicated. 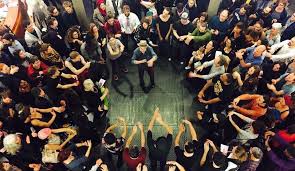 Fast forward to today, with decades under my belt now of reclaiming the human body as source and guide in sacred knowing. It was not a conscious choice to focus my scholarship in this way, nor did I ever imagine I would be doing what I’m doing now in my vocational pursuits of seminary teaching and circle-way leadership. I was gifted with a transformative encounter with Something or Someone on November 11, 1993, singing Mendelssohn’s Elijah oratorio in a huge choral concert. I was blessed with a mentor and companion who could steward my fledgling (and willfully stubborn) scholarship. The role of music in spiritual transformation, in the arrival of insights along the sacred journey--that became my quest. The gift was realizing the wholly embodied nature of musical experience, the role of the body in receiving insights and staying with Something or Someone long enough to be changed on the inside. Reclaiming the body, I came to realize, undergirded everything driving me toward the sacred...

...which ultimately had to become reclaiming my own body. Note the abstraction in “reclaiming the body”? Divided. Separate from. Dissociated. Hmmm….  An essential shift in this sacred journey became the journey of reclaiming my own body, as fragile, fearful, and shame-ridden as I felt my own form to be. You cannot grow up in a feminine-demonizing, bastardizing-Christianized culture and not get marked by the embodied shaming/guilting of Eve. How does Dar Williams sing it? The story she was not meant to survive? 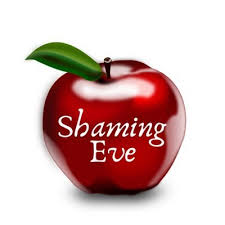 Having deflected and distanced myself for decades from any association with Eve’s shaming--it wouldn’t touch me if I took on the masculinized shield, I decided early on--I now see the terrible wounding of both men and women by this energy of demonization, this energy of dissociation or separation. It doesn’t matter whether you agree with it and disempower women consciously or unconsciously, or whether you decry it, deny it, refuse it voice. This energy of aversion, of separation, is internalized within each of us in some fashion. It shows up when men disavow their feelings, so to not get the shit kicked out of them for being weak or ‘too feminine,’ or to prevent losing face in a political debate or divide. It shows up when women achieve as much as men, taking on the masculine in the worlds where it will be the only thing heard or seen. All the while, our world careens out of balance, disconnected from the earth, from the feminine, from the body.

The strange thing that draws these reflections forth with a sense of contrast, with possibility, is that I am no longer alone in my own body today. I find this befuddling in many ways, because it is independent of my sex life. I am blessed with a loving life partner, willing to grow along with me amidst his own quite distinct sacred journeying. We’ve had great sex, bad sex, and everything in between. This being no longer alone in my body is independent of that journey with him, though it now gifts us both, of course. 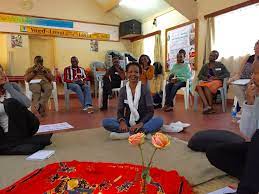 The pieces that seem related have emerged from disparate but integrating directions. One clearly breathes new life here as our circle-way community was birthed and is evolving now in her own time, blessed by the shared labor with a dear spiritual friend. Another comes in deepening explorations in co-creation with nature, learning the voices and energies of what another friend calls the Plant Nation, the Mineral Kingdom, and more.

A Sacred Mountain Quest in 2019 opened up awareness to invitations and energies I’d never noticed or truly felt before. Another piece comes in a relatively new circle-way community in my life, CrossFit, a community-organizing approach to fitness and health. 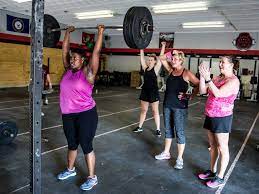 This not being alone in my body anymore suggests a way of being in the world rooted in nature, connected to the Earth in known and unknown ways. It is held by being in right relationship with a larger community that truly hears me, sees me, at regular intervals. Not only hears and sees me, but allows me to be as fragile and potentially shadowy as I may be at times, experiencing and even causing discomfort within which all of us (who are willing) will grow, be transformed. This not being alone in my body breathes again and again as I get to play and move and challenge myself with physical exertion alongside others on the same fitness commitment, discipline.

The emptiness unknown became apparent, began to ease, when a community formed with deep-listening, consciousness-raising practices in which those who show up can be seen and heard, in all light and shadow...when an inarticulate-intuitive connection to the Earth took root in my awakenings...when a community of fitness offered a way to move in concert while prioritizing individual health and fitness.

Enough for today. More than enough. Downright blessing and gratitude. Lemonade (without sugar for me), from this lemon of body loneliness. Perhaps lemon-infused water will be enough, refreshment for a warm day.

“Next time someone asks you for your story of race, tell this one.” These words have simmered in me for weeks now. Many aspects of a mid-De...