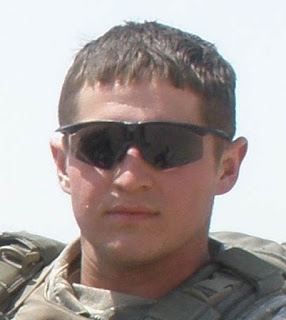 Today (as is every day) a good day to remember our veterans, to consider the complicated freedom for which they’ve given so much, even the most that can be given.

One of the CrossFit traditions I so enjoy is the ‘hero workout’ chosen by the ‘box’ to honor a day like today. McGhee was the wko selected today, and here’s a bit about the veteran. Corporal Ryan C. McGhee, 21, was a US Army Ranger who was killed in action on May 13, 2009 by small arms fire during combat in central Iraq. He served with 3rd Battalion, 75th Ranger Regiment of Fort Benning, GA. This was his fourth deployment, his first to Iraq. Ryan was engaged to Ashleigh Mitchell of Fredericksburg, VA. He is survived by his father Steven McGhee of Myrtle Beach SC, his mother Sherrie Battle McGhee, and his brother Zachary. These tend to be longer workouts, more strenuous so to honor the discipline and strength of those serving, especially those who lost their lives in the line of duty. We partnered up to do deadlifts, pushups, and box jumps. My body is weary and appreciates this visceral sense of honoring Veterans’ Day, of remembering Ryan McGhee, of mourning alongside his family and his fiancee.

Freedom is the clarion call for so many who stress our country does not do enough to support our troops, honor their service. It’s easy to make the argument that more could and should be done, particularly if you enter into the Veterans Hospital systems or the VA. Veterans often don’t know the benefits available to them, and the resourcing of the VA has historically been the least funded and most administratively challenged within lesser resources. So if we support our troops, we should fund and support the institutions that care for them, right? Except that would require more government than most Americans want to spend our money on, Republicans especially harping on about the need to shrink the government.

Complicated, right? We could dive into freedom in its “freedom from” lens, or move first into “freedom for.” Given the human propensity to see the world in an anxious, even negative/fearful light, the loudest voices clamoring for freedom today come in the freedom from stream… Freedom from government oversight (economy, guns, small business regulation), except in the matter of women’s bodies, of course, which does not merit this advocacy in “freedom from government oversight.” Complicated. Freedom from tyranny too, of course, fighting authoritarians all over the world...unless you like y/our currently-governing authoritarian, in which case, freedom from tyranny is not the lens as much as freedom from “them” or “those” who might disagree with you. Again, complicated.

“Freedom for” tends to focus on other streams at some cross purposes, but not always, from the “Freedom from” voices. Many today clamor for freedom to live freely, without government interference into love or family choices, into health or medicinal (shall we say?) choices. To be the Land of the Free, this suggests, means Americans (US ones) get to choose their work, their lifestyle, their religion, their leisure. The diversity in this stream of thought is overwhelming and contradictory, by definition. Complicated, to even know the newest wave of human expression (gender, for instance) or voice (pronouns) or creativity (art, culture, ritual and more). 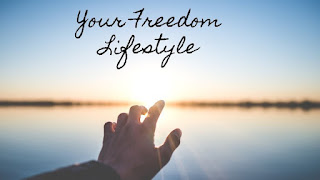 So how do soldiers today perceive their calling(s) to discipline and performance, to protect this Land of the Free? At the root of freedom is an irrepressible paradox, after all. Soldiers live (and some die) to protect freedoms they would not choose themselves, simply because they are the complicated Whole of the United States. We have even crafted a Union (so far) that patiently processes and protects the freedom of some to endanger the whole, to endanger the entire democratic experiment itself.

One of my favorite West Wing episodes is The Midterms, one of the early Season Two episodes following the shootings at Rosyln, Virginia. Josh is recovering from intensive surgery on his lungs/heart, trying to get CJ to open her briefing with a thing on the Theory of Everything. “Psychics at Cal-Tech have found…” she begins, then stops, then recalls, “That was probably supposed to be physicists...physicists at Cal-Tech…” Josh bangs his head against the hospital bed headboard.

The most moving moment, however, is at the very end, when all of the efforts in the staff and down the Democratic Party line offered up the precise same number of seats in House with which they ran. Everything would remain the same. The staff sit outside drinking beer on the steps of Josh’s home, with him in his PJs and a robe. “Don’t tell me democracy doesn’t have a sense of humor,” Josh says. “Toby...what do you say about a Government that goes out of its way to protect even citizens that try to destroy it?” Then begins a refrain...spoken by each staff there...

Today, in the face of a confirmed and re-confirmed honest election, in the face of an outgoing President who calls veterans suckers and losers, especially those who have paid the ultimate price...I bow to all veterans who serve to protect all of us.  That has to feel so incredibly complicated, complicating...