The Day After Then... 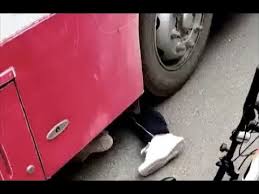 I feel like I’ve been run over by a bus this morning. Metaphorically, of course. Begs some questions worth asking, musing on...Why did I let the events of yesterday, which I could not control or affect, impact my inner weather so very much? I was glued to the unfoldings, slept poorly (with the help of some Wild Turkey rye, over ice), and then slept in, though in time to show up for my 7:20 a.m. commitment. I’m weary inside as well as outside…
Why do I so regularly allow outer events to affect my inner reality(ies)?
What is the most hopeful, helpful and healthy thing(s) I can do today, on this “day after” the insurrection and attempted coup by a standing President of the United States…?

I read an email this morning that I found soothing as well as instructive. There are so many lenses and angles with which I...we?...can review and interpret the events of yesterday. There are even more options of response, ranging from the incendiary to the peaceable. The email was from an Action Network group I signed onto during the Presidential Election: Choose Democracy. I have appreciated the facts-based-approach here, and the even-handededness with which our civic unrest (both sides) has been described/interpreted. It was formed for the purposes of ‘calls to action’ should a coup look feasible, by which they mean a (potentially violent) power-abusive refusal of the peaceful transfer of power to legitimately elected representatives of our democratic republic.

A glimpse of their summary, then: “The critical step for a transfer of power happened: Congress certified Biden’s victory.” … “The events (of these last weeks, leading up to yesterday) make viable Trump’s impeachment and we encourage people to call for it. This is Trump’s attempted coup.” The remainder of the email outlines the categories within which we could have some conversation about yesterday. The police response. The need to impeach and/or employ the 25th Amendment. The psychology of the moment. The most hopeful, helpful, and healthy thing I can do amongst these choices today is to listen into and mark the psychology of the moment... In their words...

“One of the aspects of violence is it elicits psychological responses: fear, heightened sense of anxiety, revenge, desire to hide under covers, or strike out. A movement that doesn’t pay attention to its own emotional state will stay reactionary. We’ve tried to chart a path dictated by what will be strategically useful. Today, that’s spending energy to correctly frame this as Trump’s coup attempt, to identify its co-conspirators, and to impeach the leading coup plotter. We also encourage you to tend to your own emotions. Note the parts of yourself that are feeling reactive, even seeking more awful news to remain in a pattern of reactivity. Anger and outrage are natural responses and we encourage you to give space for them.” 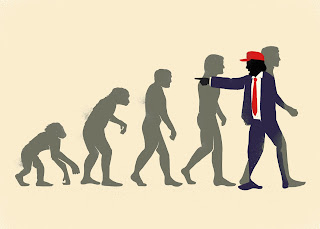 A couple phrases stood out to me, worthy of observation. "A movement that doesn’t pay attention to its own emotional state will stay reactionary." Two things here. I'm not fond of being in anyone's "movement," to be clear. I find the use of that word an outdated liberal-term, with hidden power-over dynamics within it from the start. By who defined the movement. By those who align with the founder. Etc. I'm not a movement joiner. But the emotional wisdom is sure. When humans don't pay attention to their emotional states, we become reactionary. Just about every American I know today is reactionary--some visibly, in activism and advocacy, others in denial/refusal. To deny or refuse incendiary-violent events is a reaction, in other words, it's just one of omission, absenteeism.

The other phrase I found noteworthy and a good reminder: "even seeking more awful news to remain in a pattern of reactivity." I know this is my own family line, which can lean toward the melancholy. Feeling or seeing the worst in a situation allows the non-feeling types (which I mimicked for so long) to at least feel something. I could imagine myself today falling into the habits of yesterday, checking the news often and staying glued to the text and FB webs of support to feel connected to friends amidst a trying day. That would be my version of "seeking more awful news"...and I will not do that today. Today is about writing, about preserve-walking, about good healthy eating, and even reading a novel. I open the doorway to feeling everything that will arise...so I set my intention here, at least.

But to truly accept the invitation, then, to tend my own emotional weather? I'm angry. Anger, disbelief and fear kept me attuned to the events unfolding in our nation’s Capitol yesterday. I still feel all of those things. Sadness is underneath it all, of course--sadness that we cannot seem to hear the sufferings of others (be they the insurrectionists or Black Americans), that we cannot allow the questions to be asked (our questions mirror our political preferences/perspectives; questions of the other side are not permissible aloud), that we cannot stomach the answers we don’t want to know...so very much more… 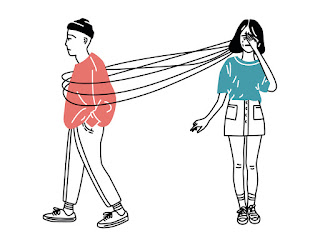 But what surprised me this morning was my own unmet need for friends to feel the same way I do right now. I could feel the reactivity in me rise as I met with workout friends, with hardly anyone saying anything about yesterday. I wasn't conscious of it at the time, but I felt off, disoriented, angry. Until driving home, realizing aloud, to myself: So this is my work today, because I get it...we weren’t there to have any political ‘come-together’ or ‘reconciliation of America’ moments’; we were there to workout. No one needs to feel as I do but me, and I'm the one who gets to welcome it, honor it, bear it to its eventual gifts. But I do wish the morning hadn't dumped an additional layer of increased fear and anger. If people I know and love were not horrified by yesterday? If people I know and love aren’t willing to engage or ask the questions we all need to begin to ask, if we want to prevent violence from continuing, increasing? I’m speechless with all the emotional weather in me right now...

Therefore, anyone who is nonchalant about all this should probably give me really wide berth today. I am reactive. I am triggered by so much of the last several years. I’m not to the point of a dear friend of mine who observed yesterday’s events as illustrative of ‘rape culture,’ though I feel what she means and I don’t disagree. Clearly a masculinized power-over energy, sticking its big white dick into the People’s House in a violent and abusive manner, dressed in contempt and disdain of anyone “not with them.” Clearly, this phrase-language speaks truthfully to me in its vivid representation. I also recognize, however, how it’s my anger speaking, my fear...neither of which need to be in the public sphere. I won’t be helpful or healthy in the broader conversation toward healing until I feel fully all that is within me about yesterday. “Rape culture” is not a phrase I could use from my own experience (blessedly, at least yet, though I live with the threat of it as a woman every day in our society…). But it’s words, an argument-point, for debates that won’t open hearts or minds...so I won’t use it myself, while honoring others who need or choose to.

As a woman in today’s United States, however, I know in my body the energetic and abusive system the phrase refers to. I simply want to find new ways to engage the human beings swept up into this era of reactivity, authoritarian response to change, domestic terrorism. I want to be a part of new ways of being actively engaged together with those who stand or watch idly by, thinking it has little to do with them. I want our country to evolve, grow, so its highest ideals can seem within reach, if not (wo)manifest yet. I want to learn with others how we halt the reactivity and boorishness that has erupted finally into the open...without shaming, blaming...but with accountability and honesty.

I know I have my part in this dance of rage… I know I’ve contributed unwittingly and sometimes wittingly… How do we DO BETTER than the violence, than the silence, together?