What I'm Learning in this Round of Impeachment...

What am I learning in this round of Impeachment actions by our House of Representatives, to then be taken up by the Senate next week? A good friend inquired into my views just now...which gives me pause to see what words will come. I will say that my husband and I enjoyed “Impeachment Cocktail Hour” together yesterday, about 5 p.m., after the vote tallied and closed. Whiskey sour for him, Poet’s Dream for me. Tasty and yet a sad clink to the glasses, given the turmoil is just continuing... 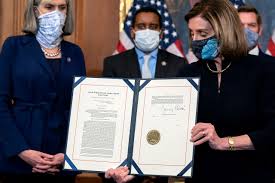 I think the now-second Impeachment of Donald J. Trump IS the right thing for the country whose Legislative Branch has been threatened--politically, and then physically--by the Executive Branch. Impeachment is not the only right thing, however, which is why I want to see what words come here. I’m taking my cue from a good friend’s piece on “Reckoning or reconciliation? Why not both?” A healthy, productive society requires both justice and mercy, both accountability and spaces for grace. It’s not either/or, except in how our media or political pundits try to cover it. Impeachment is the right next thing, but not the only next right thing. 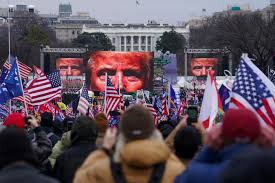 Our democracy is as fragile as I’ve known it in my lifetime, which is not surprising given the timbre and tones of the world in a global pandemic and the rise of nationalism all over the planet. The United States would of course now be faced with its own version of rising authoritarianism and fear-driven threats from within. You can find multiple quotes online about how our greatest threats were never going to be from without, from the global stage, but with us destroying ourselves from within. I admit I’ve now watched the Star Wars scene several time where the Republic dies into the Emperor’s control to rounds of thunderous applause. (You can view that here…). I don’t hold to any American exceptionalism, so this is our hour in the crucible. Or years, perhaps. I’m sure it won’t be the last.

I was fully engaged in the news process of yesterday, the day of HR 24, the procedural votes, the final tally vote 232 to impeach, 197 against impeachment. 10 Republican Representatives split from their party to impeach. [If the House is constituted by 435 Representatives, then 6 Representatives didn’t vote at all...or there are outstanding races in which 6 slots have not been filled. I’m not sure which, to be honest.] I did my best to listen to each Representative who was given the floor, impressed by the smooth functioning of statements, minutes given to other voices to speak, the formalized discourse that was both calming and heated, predictable and yet tender too. I could hear the Republican Representatives arguing for a bipartisan commission to study the evidence of the Insurrection, and I could honor their perspectives for that. Rep. Cori Bush from Missouri spoke passionately and compelling in her 30 seconds, lent to her from another Representative’s time. The old-guard Representatives who have been in the House for years if not decades spoke with more pause, but also more predictable nuance, such that my attention would waver. They were saying almost what they were slated to have to say in the political currents they were/are swimming after years in this business of legislating.

Things I’ve learned… This Impeachment process was not a “rush to judgement” at all. There were articles of impeachment drawn up by a Representative from Texas well over a year ago, which the Democrats tabled because they knew the Body would not receive the report and/or they knew they wouldn’t have the votes even in their own party. Then the process in the first Impeachment unfolded successfully, with more evidence and a sense of discerned agency by the Legislative Branch as a whole. (HR 755: High Crimes and Misdemeanors: Abuse of Power and Obstruction of Congress) The Senate’s refusal to convict happened across party lines, with multiple Congressmen and women running for election and politically ‘unable’ to split from Trump if they wanted to keep their jobs. So Donald Trump got impeached the first time, and the Senate failed to convict. This gave Trump a ‘pass’ without any accountability for his actions or rhetoric with respect to the abuse of power and obstruction of Congress. Observations were made from both sides of the aisle that this refusal to convict by the Senate would only embolden Trump. Hard not to see that now, to be honest.

Democrats and Independents can accuse these Republican Congress-persons as cowardly or unprincipled, but if the tables were turned, we’d see a similar behavior in Democratic Congressmen/women. It’s the nature of the political beast. Very few politicians today seem to be able to integrate principle with money-organized politics anymore. Yet Democrats have been the party ‘out of power’ for quite some time, in Congress. I suspect some balancing is due, while everything appears about to fall completely apart.

Given there are only days left in Trump’s term, was Impeachment worth it? Is it worth diffusing the first days of the Biden Administration while keeping Trump’s chaotic tantrums in the news? I’m wavering here, but I still think, YES, for my sense of things. Impeachment and the Senate Trial to come is necessary and worthwhile. There is a cancer of physical violence forming in our nation that Trump incites and fans until he fears retribution. He thrives on the chaos he causes, irregardless of who it injures. I believe it is in the interest of a healthy Republican Party and the country as a whole for Trump to never be able to hold office again. Regardless of whether he’d win the nomination in 2024 or not. He responds to force and economic pressure, so the (whole) Legislative Branch must bring force to bear and the market/corporations must bring economic pressure to bear. That both are happening concurrently is a positive sign for our democracy as a whole, at least in my view. I think we need to do all we can as a country to assist healthy Republican-ism to begin to lead sanely again--i.e. with a loyalty to the Constitution, not a President/man--to choose democratic-republic institutions that are necessary, even if arguing for 'smaller.' Our Republic cannot survive with the chaotic narcissism it's had for these four years, in blatant disregard of institutions and truth/facts. 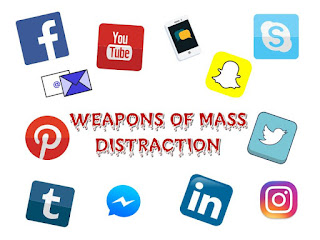 But none of this is the main energetic focus for me… Or bevy of foci/focuses… All these are questions and slants driven by political party discourse, important but ultimately distracting for the deeper work of reconsidering citizenship. My questions come into the “why” invitations my friend’s essay invites...with a guess that each of us is driven by so much unconscious and hidden energy we don’t have the ‘containers’ or ‘time’ or even ‘practice’ in addressing…

Why is it that white Christians struggle so very clearly with claiming their part in the sufferings of others? Life is suffering, after all, and we hurt one another all the time. Why do we defend against honoring that fact, dealing with its challenges, and being a part of learning how to heal self and one another? (Hunch: embedded shame and patriarchal abuse of power-over, institutionalized and more) 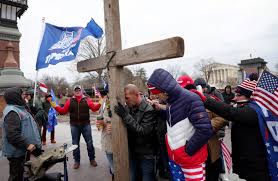 What does it take for each of us to shift into curiosity instead of blame, wonder instead of fear, practice of trust instead of accusation and refusal? (Hunch: When we feel safe, invited…)

What are Trump supporters and QAnon folks getting in their surrender to conspiracy theories and ‘alternative facts’? It is scratching a deep itch they have, so what is that? Is it a wound, scabbed over? Is it fear? Is it loss of purpose and finding of it again in a parallel universe that buys their attention for cheap? These precious human beings would not be immersed in it all if they weren’t getting something they needed so very desperately… (Hunch: passion, felt sense of patriotic purpose, presuming to be on the side of the Good in a fight with Evil) 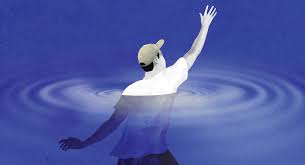 Why do so many of us feel impassioned or at least obligated to defend the white men in our lives? I watch this pattern again and again in my classroom, a bit befuddled. White men still have a majority of political power and economic power too. One could even argue that the women in business have had to learn how to do it like a man to succeed. (Speaking as one of those myself, if business is ‘theological education.’) What a majority of white men do not have is emotional flexibility and relational intuition, wisdom. The sensitivities required for deep intimacy are often socialized out of men by the time they hit puberty. But white men need to start learning new skills...as well as the women (like me) who can empower them to do so. Hannah Gadsby’s words return to me…”I don’t hate men. I don’t even believe that women are better than men. I believe that women are just as corruptible by power as men... But the story is as [white men] have told it: power belongs to you. And if you can’t handle criticism, take a joke, or deal with your own tension without violence, you have to wonder if you are up to the task of being in charge.”

Why don’t more of us know the ultimate, blessed freedom at the root of surrender today? Why is that word falsely ‘coded’ in our world as failure, or weakness, victim or loss?

So those are some of my working energies right now...I’m curious about how we face down violence in our communities and nip the authoritarianism in the bud. 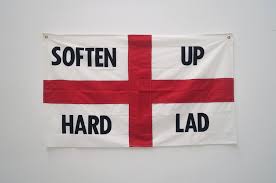 How could the American machismo morph into something life-giving, sustainable, and not raging, aggressive, warlike? Until we know the answer to that question, we’re all in danger from enraged, militant Trump supporters who have bullied the current Republican Party into submission… What will it take for white men and the women who enable them to yearn for a better way, for all of us? To learn different questions and explore different skill sets including the emotional elasticity that can prevent war?